Orny Adams delivers a powerful, incisive stand up routine that vacillates between the relevant and the absurd. Orny attacks what’s wrong with the world and sometimes even what’s wrong with Orny. He’s brutally honest, satirical and his performance is ceaselessly energetic.

Orny has had one hour stand up specials on Netflix, Comedy Central and his third special “More Than Loud” debuts in December on Showtime.

Orny has appeared all over television, most notably on The Tonight Show, Late Night with David Letterman and The Conan O’Brien Show.

And you might also recognize him as Coach from the TV show Teen Wolf which ran for six seasons. 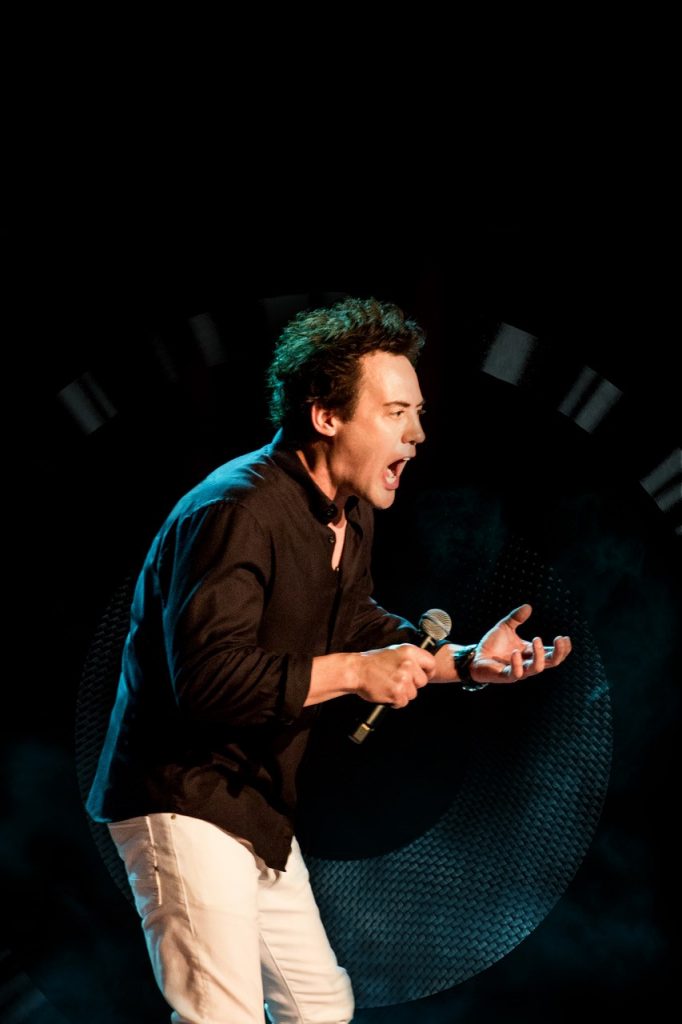 For more information, video clips and everything Orny go to: www.ornyadams.com

What some people have said:

“You judge a comedian by the laughs he gets and the laughs on this CD are huge...shattering. Orny reminds me of Joe Frazier working the ribcage."

Orny Adams was born and raised outside of Boston, Massachusetts.

Orny Adams is not his legal name. Orny was always a nickname. His family still calls him by his real name, but he prefers to be called Orny. His nieces call him Uncle O.

Using the last name Adams was the idea of fraternity brother Jim Georges.

In 1993 Orny graduated from Emory University in Atlanta, GA with a degree in Philosophy and Political Science. He had intended to go to law school until he was awakened by the arts while studying abroad in Florence, Italy.

Orny wanted to play basketball in high school but did not make the team. He did make the debate team and traveled to different states “debating a bunch of geeks.” In college he was the pitcher for his fraternity softball team. They won the championship the two years he pitched.

Orny’s first time onstage was at the Funny Bone in Atlanta. All his friends came down to support him. He had to audition for the spot at the club on an “empty” afternoon with the booker sitting miles away in the back. Just one of the many humiliations he has been put through.

Orny has never had a 9 to 5 job, something he cherishes like a medal of honor.

After college Orny had trouble finding a job and was forced to “temp to perm.” But the perm never really worked out. In an attempt to get professional work he sent out over 100 resumes with a cover letter that ended with “Thank you for YOU consideration.” His dad still jokes about it.

After one year of temping, Orny starting making more money playing comedy clubs in the Boston area. He quit working days and has never looked back.

At age eight, Orny started delivering the Boston Globe. Other jobs he has suffered through include: Dishwasher, waiter, caddy, and security guard at a mental hospital.

Orny prefers to be working rather than not. He is very organized. Even as a kid he alphabetized his Halloween candy in a shoebox.

In the 1996, or thereabouts, casting agents from Disney came to Boston to scout new comedians. Orny was chosen and flown to Los Angeles to be considered for a deal to star in his own sitcom. The deal did not go through and the flight home was one of the loneliest.

The pending Disney deal did lead to a great ammount of attention from the industry and Orny would drive most weekends from Boston to New York City to showcase for them. He rented a crash space on Sullivan Street. It was a studio converted into a two bedroom. Orny slept in a small storage space that was above the bathroom, thus creating a third room. (Submarine sleeping quarters had more space. Orny claims he got seasick at times.)

Eventually Orny moved to New York City and proudly became a working “NY Comic” and was named in the Hollywood Reporter as a favorite to watch on the scene.

He became enamored with the work of Bob Dylan after his best friend and roommate in NYC, Unity (his real name) insisted after a bad night he listen to the song “Idiot Wind.”

When producers of the film “Comedian” approached Orny about being in the film, he assumed it would be for a scene, maybe two.

“Comedian” catapulted Orny into the public spotlight, something he was ill prepared for.

In July 2000, Orny made quite an impact at the Montreal Comedy Festival which resulted in a development deal with the Warner Brothers Studio, and his first appearance on The Late Show with David Letterman.

Orny moved to Los Angeles for the Warner’s deal and now happily resides in Southern California. Although shy and introverted at times, Orny enjoys meeting fans after his shows.

At a young age Orny met Rock Hudson. And as Hudson was signing an autograph, Orny declared that someday he would be famous and would not sign a lot of autographs… “That way they would be worth more money.” Hudson just looked up from signing and said, “You’re going to lose all your fans.”

Orny’s first rock concert was “Starship” at the Worcester Centrum. He went with his dad. He remembers being disappointed that they opened and closed the show with “We Built This City.” He vowed to never make that mistake.

He does not eat fish. His mother still tries to “trick” him into eating it. He gets his vitamin E other ways. Orny will eat tuna from a can, but not the type of tuna you grill. And he disagrees with his mother that grilled swordfish taste like steak.

Orny likes to eat alone and if he could have dinner with anybody throughout history it would therefore be himself.

Orny does not like to have his picture taken. He is a blinker.

Orny does have a lot of trouble sleeping and often wonders how he can suck at something he does every night.

He has never dated anybody famous.

He is neither short nor tall. He is just right. He is an endomorph.

He does not have a favorite color. Orny does not like to discriminate.

Orny is a pacifist.

Orny will often pull out a pen and paper from his back right pocket and write down some note. He will do this in the middle of conversations, middle of streets, even the middle of his act.

His contract for personal appearances is not very demanding. Orny likes to have water, some chocolate, and he requests that there be a dictionary in the greenroom.

His first pet was a parakeet and he would tell you the name, but it is the password question on his bank account. 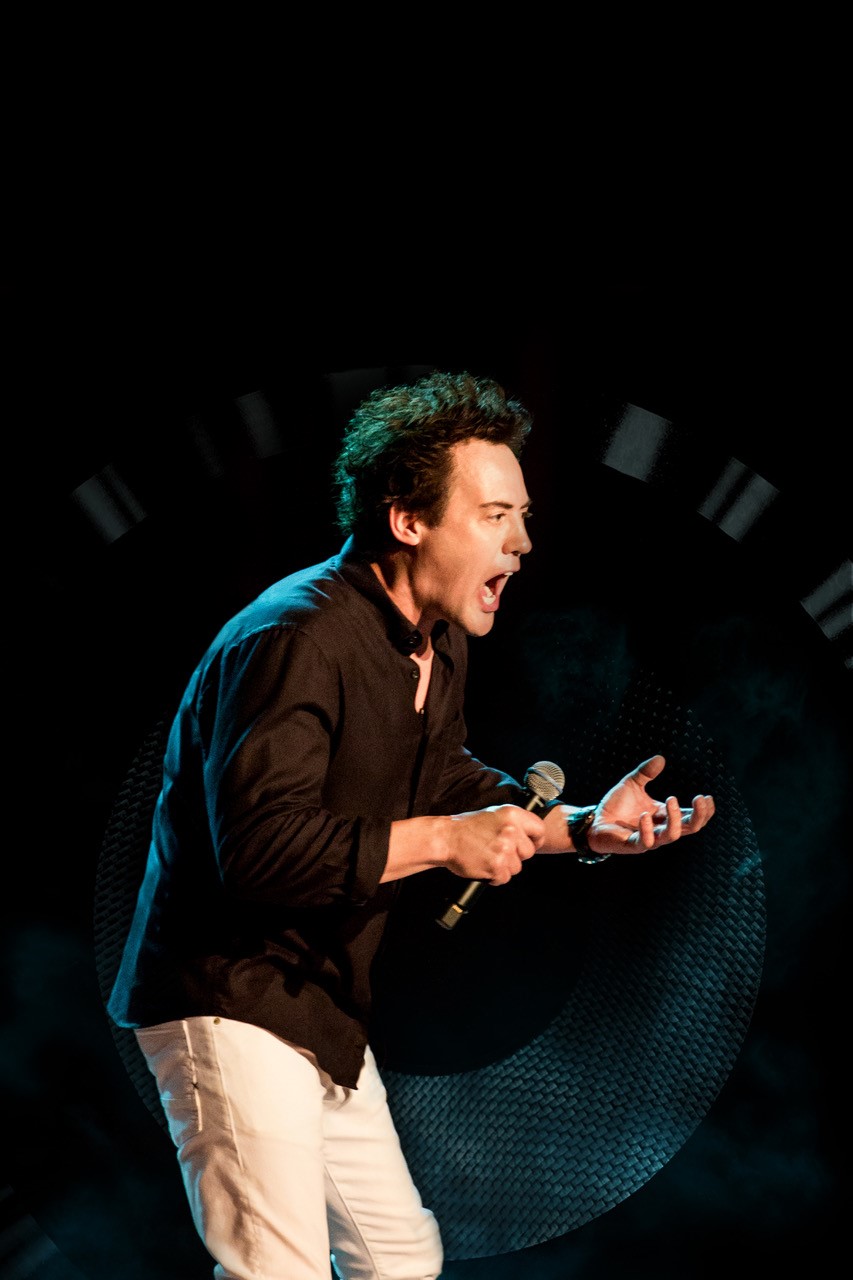 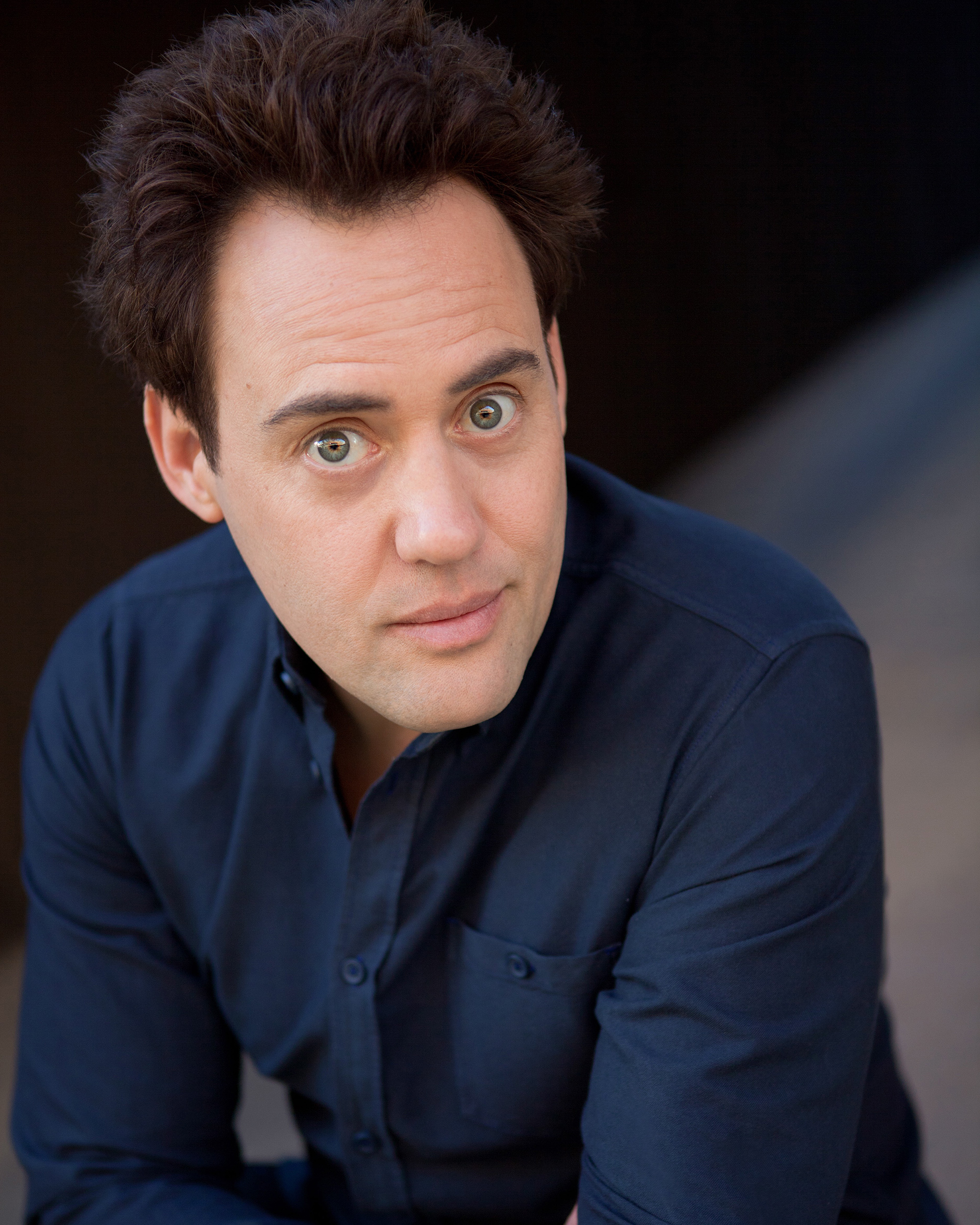 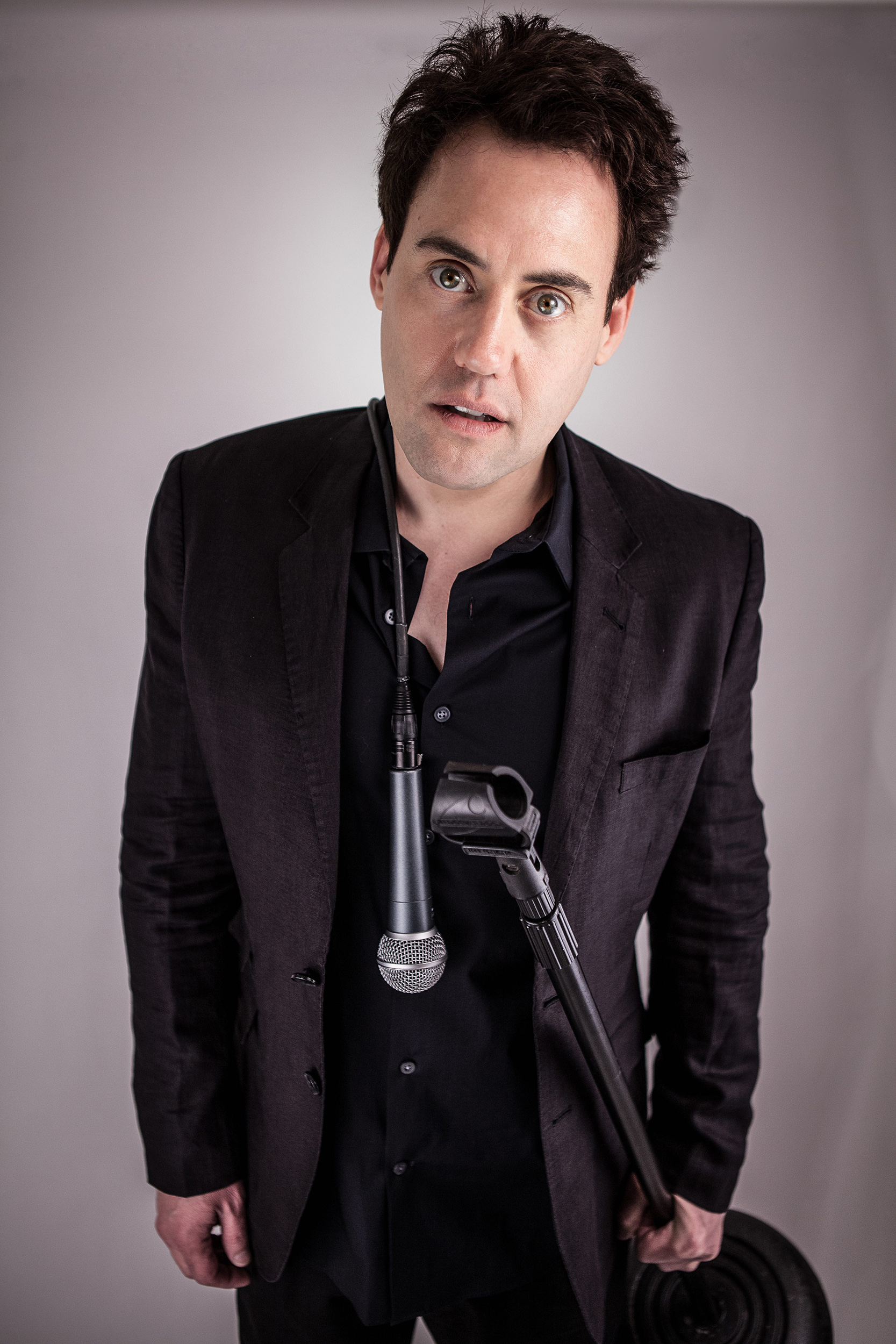 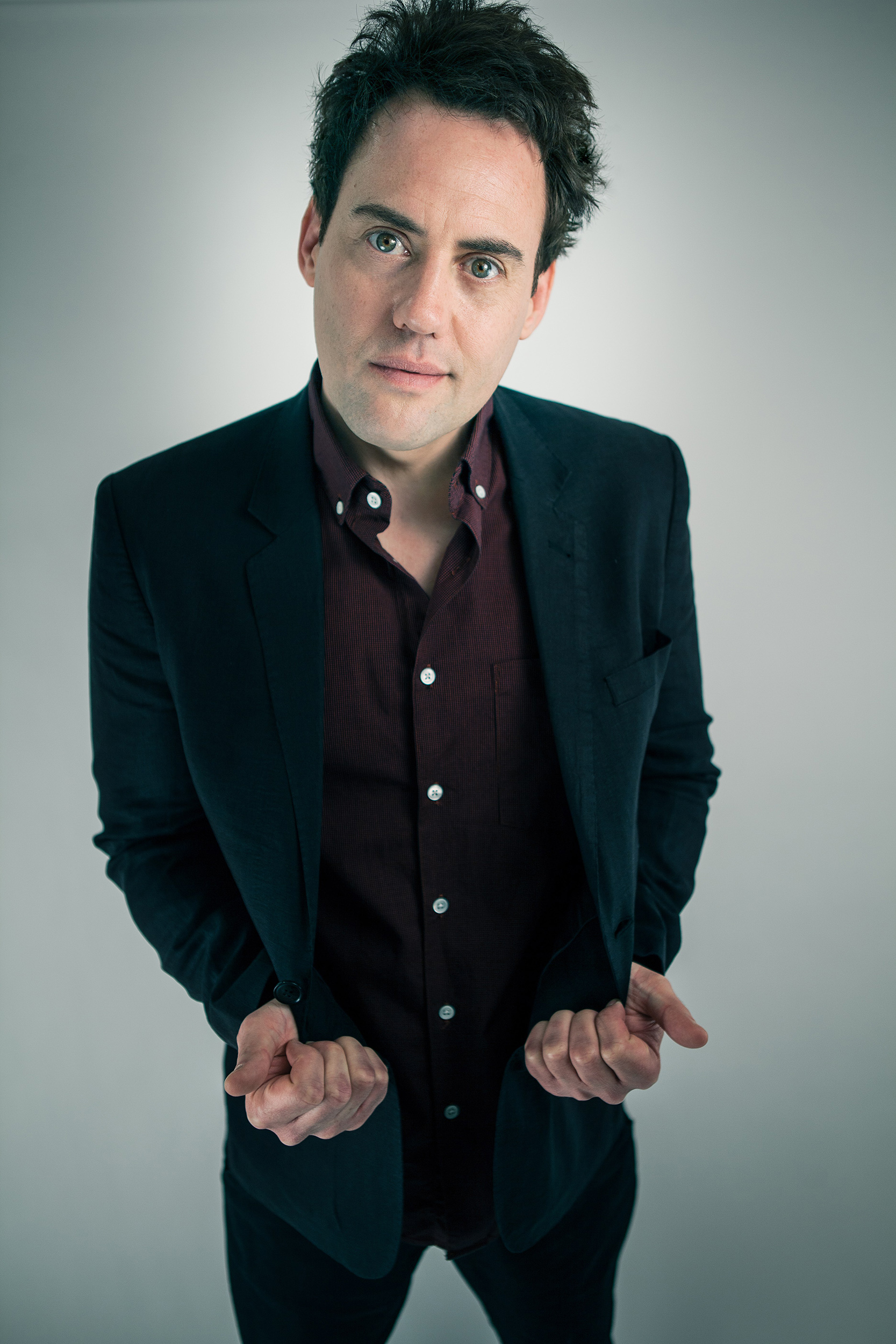 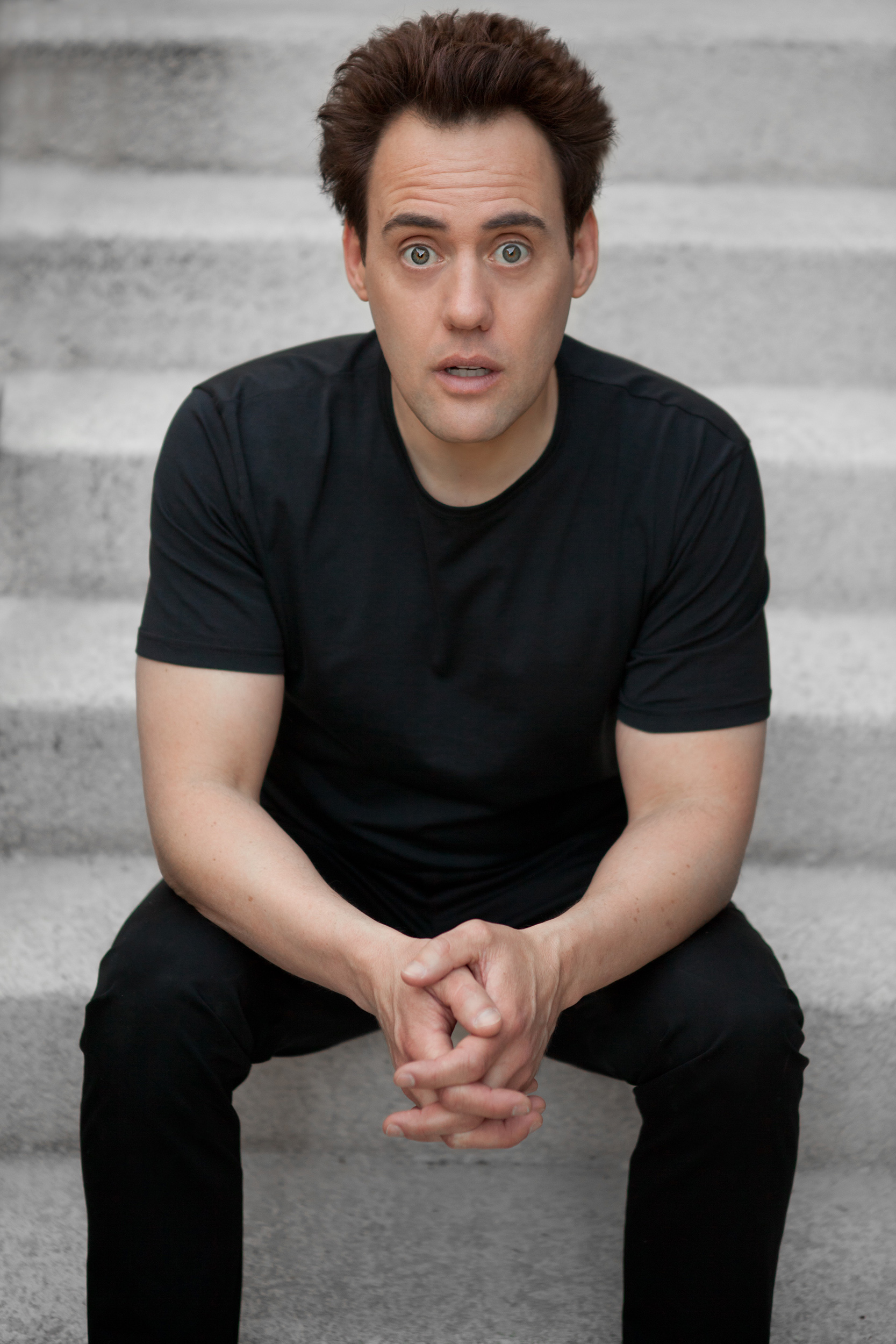 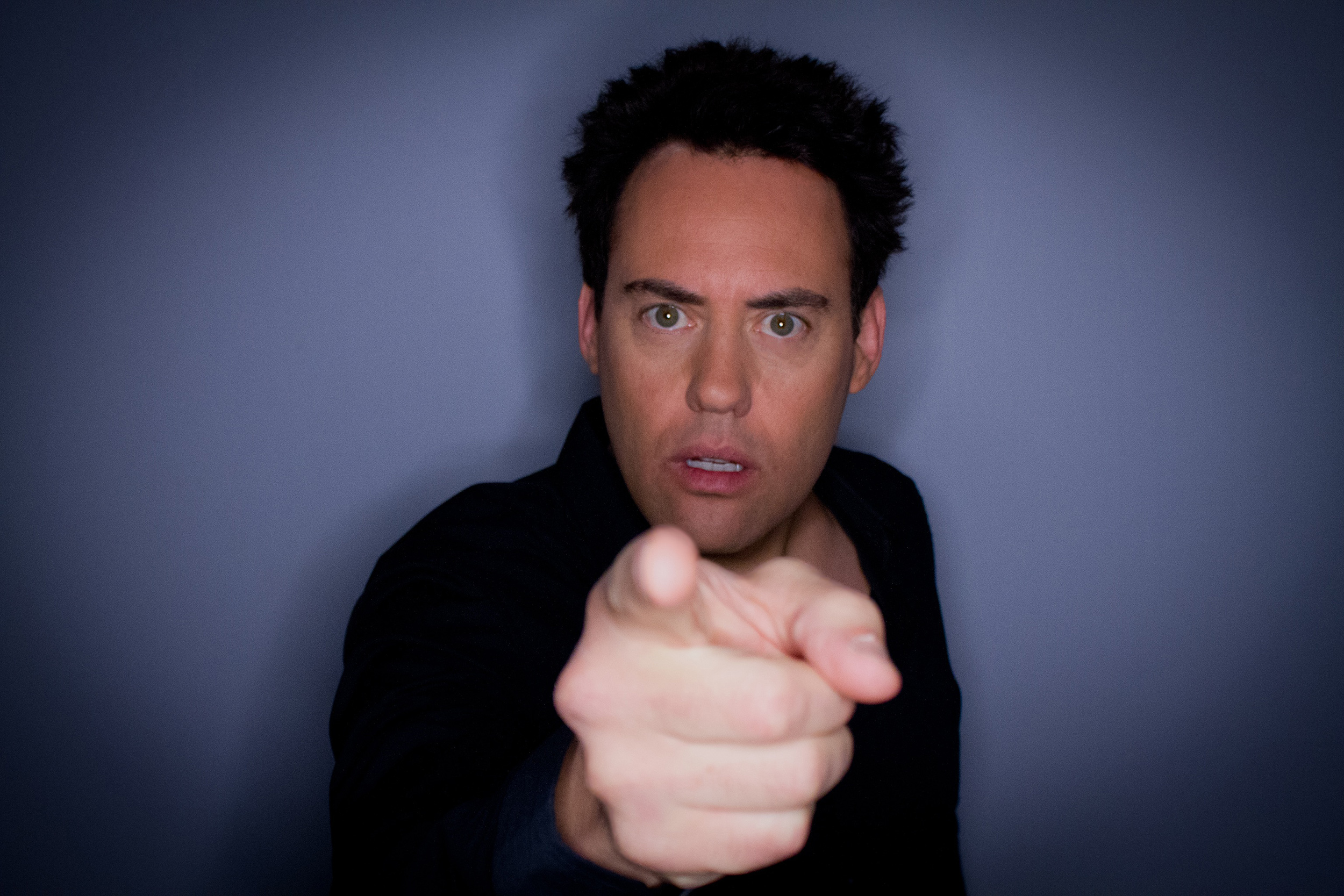